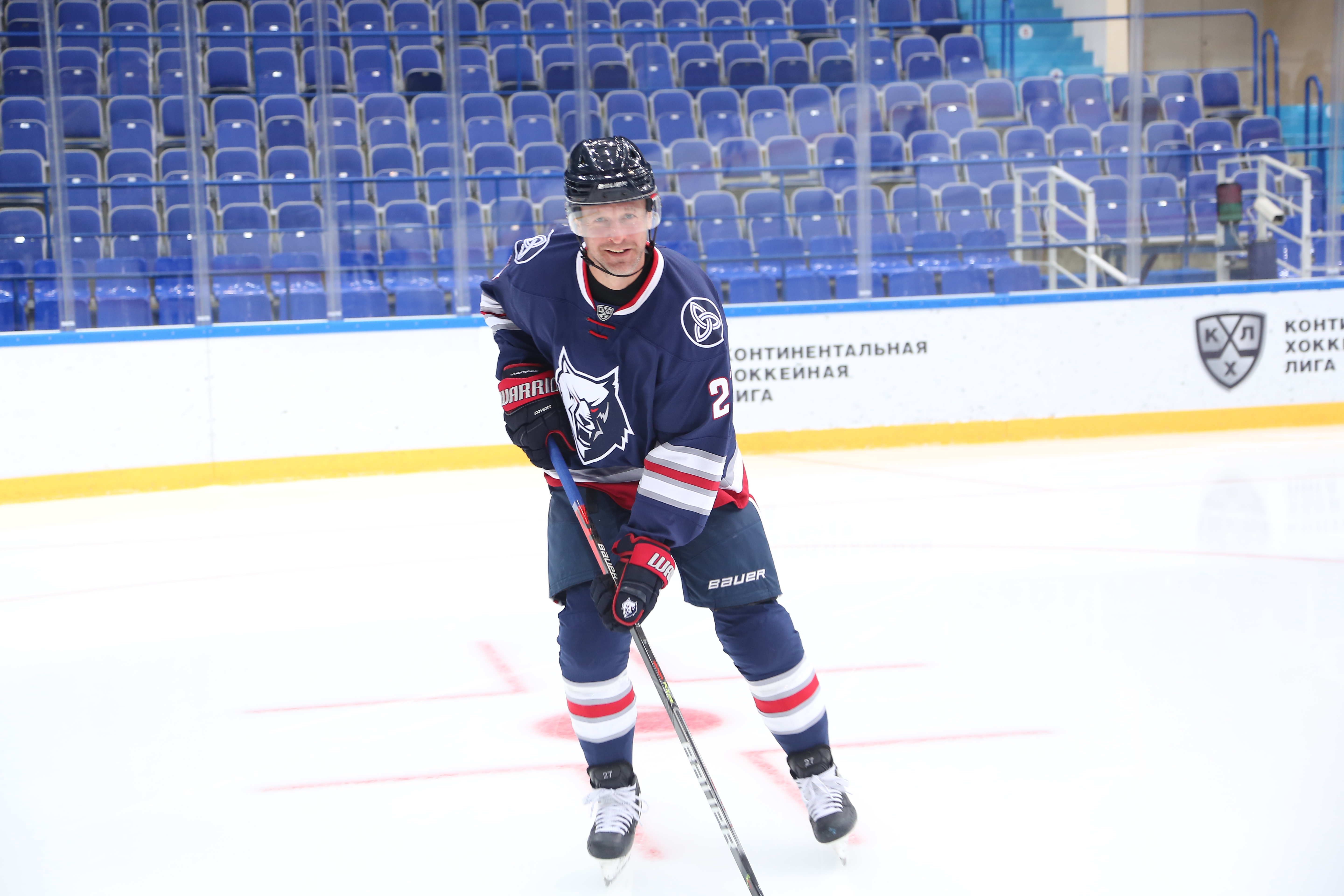 One of the rookies of Neftekhimik in the new season was the experienced defender Vitaly Atyushov. He played more than a thousand games and he has more than 20 years of experience.

Arriving at Neftekhimik for a tryout contract, the 40-year-old hockey player confidently entrenched in the team and immediately has gained authority among teammates.

- Vitaly, you have more than 1100 games in the championships of Russia at the highest level. Taking into account that you are already 40 years old, the question involuntarily arises: what makes you pursue your career and how long are you going to play hockey?

- What keeps me still playing hockey? Of course, my love to it. I play hockey since I was 7 years old, I mean all my life. The game itself, excitement and constant struggle turns me always on and this is how I live, therefore I like this kind of sport.

Life will show how long I will play hockey. As long as there is a demand for my skills, I will keep playing hockey. This is an integral part of hockey - at some point in the future I will have to finish my career, but now I don't think about it.

- You made your debut in the 2006/2007 season in the lineup of HC Krylya Sovetov. Do you remember with whom did you play and perhaps some details of that game?

- I do remember our head coach Igor Dmitriev, who unfortunately, passed away early, and instead of him, Alexander Kozhevnikov became a playing coach. I do remember Alexander Savchenkov, who is now the assistant coach of HC Vityaz, Alexei Morozov who played with us, Sasha Trofimov, and Ilya Stashenkov, Vadim Brezgunov. I do remember that Oleg Bratash was a goalie, Sergey Drozdov was....

I remember that I was worried before the first game. At that time, I played in the secondary lineup of Krilya Sovetov and when I came to home I was told: "get ready, you will play today". That's how I made my debut.

- Initially, you signed a tryout contract with Neftekhimik. Have you had confidence that you will be able to entrenched into team? If so, when did you understand this?

- When you signed a tryout contract you will not behave like unprofessional sportsmen. Each person, including me, comes to the new team with confidence in his abilities.

- Of course, I tried to do my job as efficiently and conscientiously as possible, to workout well and carry out the tasks of a coach.

By the number of games played in Russian Championships you holds the 3rd position after Danis Zaripov and Alexei Kalyuzhny. Do you follow your statistics?

- Honestly, this is the first time I am hearing of this. I did not think that I have 3rd place. I knew that I was standing nearby and that I have over a thousand games. Anyway, I do not follow statistics.

-  Do you know that you have the opportunity to get around Alexei Kalyuzhny? ...

- I am not thinking how many games I will play in my career. Usually, when I play in a club, people come to me and tell me that in accordance to my statistics, I have played a certain amount of games. I don’t follow this, because I don’t understand how they count the games. Thus, let’s leave this to the statisticians.

- At your age, it is difficult to compete for getting into the main team. However, you signed a full-time contract with Neftekhimik, which means you have passed the test. At what cost?

- Not only at my age it is difficult to withstand competition. There is competition at any age, and it is usually heavy. However, it helps hockey players grow professionally and makes them play better and better. This is normal.

Where do I take the strength from? Training, proper nutrition and daily regime. In my younger days, I could afford myself too much, but 5 years ago I began to take stricter control over myself and my daily regime. I started constantly trying something new and bring it into my life, for example proper nutrition. Perhaps this helps me.

- This season is 24th for you. An obvious question, what do you expect from it?

Frankly speaking, I would like to get into the playoffs this season and go as far as possible. I used to come here to Nizhnekamsk to play and I can say that it has always been a hard to play here. I hope that this year we will have an even stronger team than before.

We all have our ambitions and of course I would like to get further and not only in the playoffs. So many clubs are fighting for the Gagarin Cup, but there is only one winner, so it is necessary to set maximum goals for yourself.

- You are the oldest player in the team. There is also the youngest - Maxim Groshev. How do you communicate with the young players of the team?

I communicate on equal terms with everyone. I have never had the thought that if someone is younger than me, then I can treat him without any respect. Perhaps the younger generation should have a certain line of communication with the elders, which they should not cross

In Magnitogorsk, we had such guys as Eugene Malkin and Nikolay Kulemin in our team. So they knew the line beyond which they cannot to cross over - where disrespect already begins. Despite the fact that I was already old enough, I always had a good relationship with them - sometimes we teased each other, and it was funny.

It makes no difference to me how old a person is - 20, 30 or 40. If anyone has questions, please come and ask, do not hesitate. We all play on the same team, we are one and there should not be any hesitation. 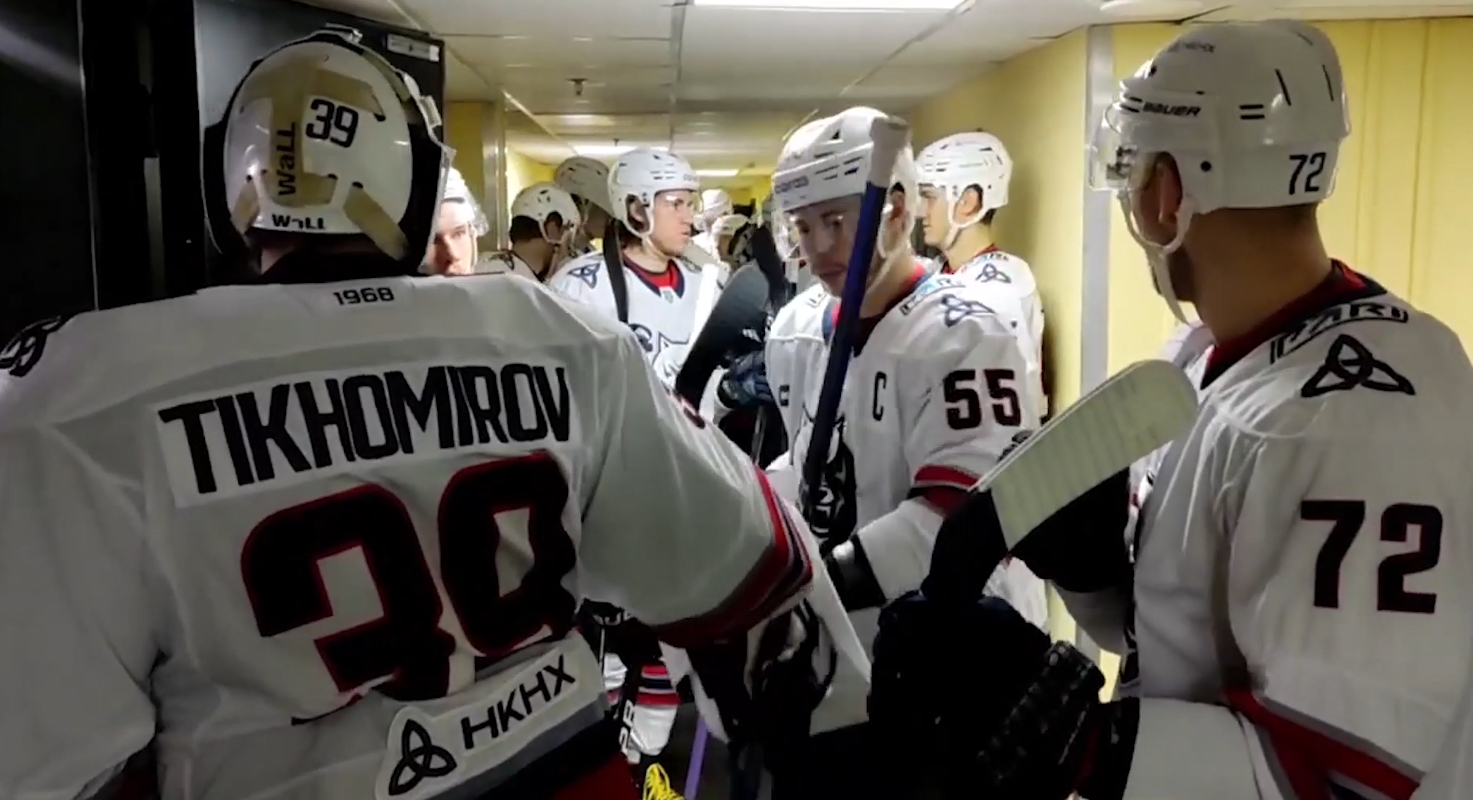